Layla is 10. I’ve been a mom for a full decade now. TEN years. Holy moly. We’re all happy to be settled (aside from tearing out the kitchen) and not moving across the world on her birthday this year like on her 7th and 9th. She decided instead of a fancy, themed party like we’ve done she just wanted her friends to come over and do what they normally do. Play Minecraft, play outside, general hang out stuff – with cupcakes.

But it’s a birthday! I had to hang some streamers too. From the area where we tore the cabinets out…maybe it will distract from the broken kitchen.  DC helped me. I also dug all of the board games out of the shed. At least the ones I thought we had all the pieces for. 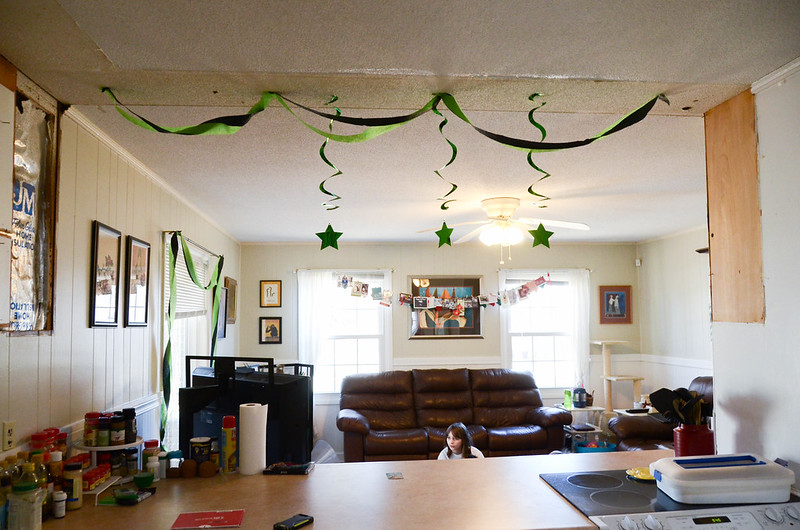 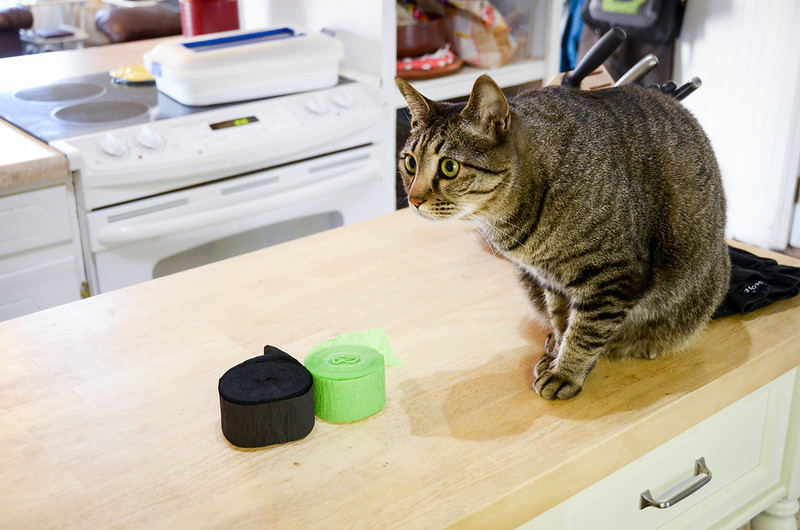 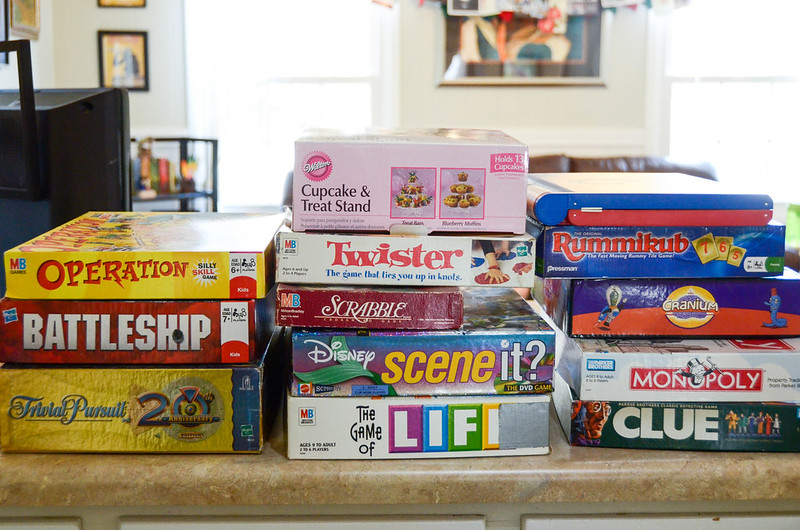 And then friends started coming. EG and L have been BFFs since they were 3 years old. This Cars gift bag was the one L first sent a birthday gift in…and then EG sent it back on L’s birthday. Every. year. In December when EG turned 10 I thought about this bag and was kind of sad that it wasn’t around to give back…and then it was. They had it still and it made me really happy that it came back again. 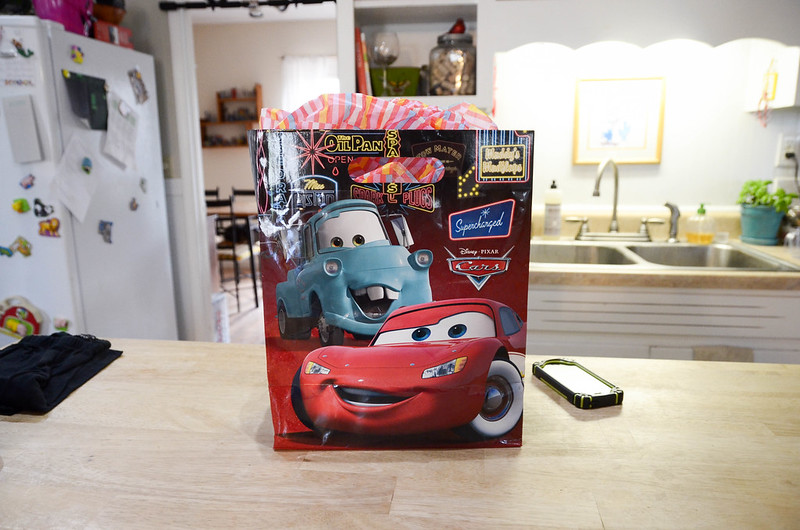 The only theme-y stuff she wanted was Minecraft so we did creeper cupcakes. And the green and black streamers. For the cupcakes I found the square brownie/cupcake/loaf? pan at Walmart. I made some green frosting with too much food coloring and bought a little pack of black fondant from Walmart as well. It’s in the crafty baking section, not the grocery baking section. It was so easy to roll out and just cut with a knife except I can’t make straight lines obviously. 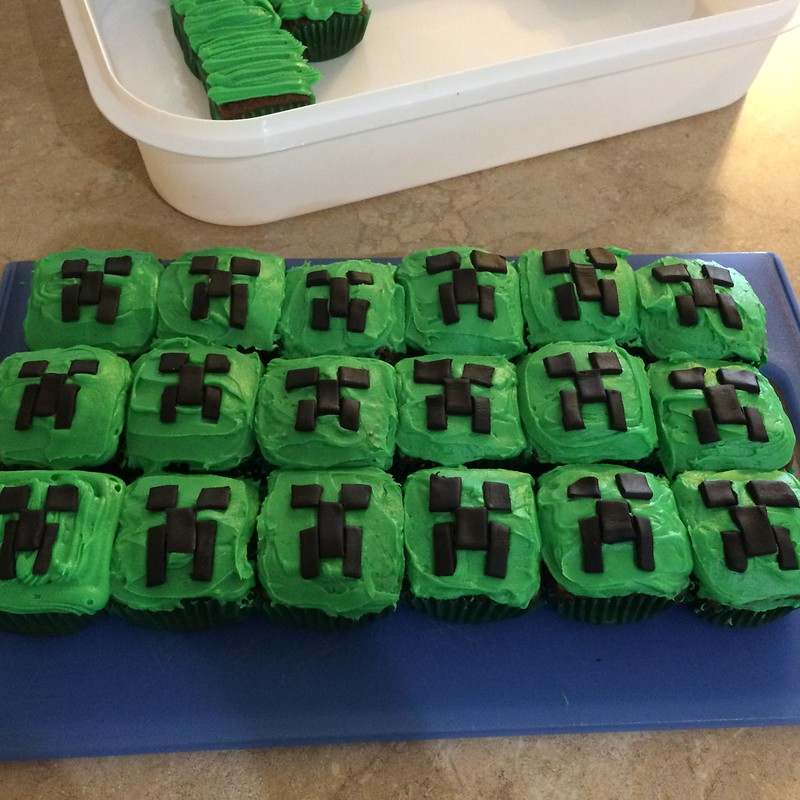 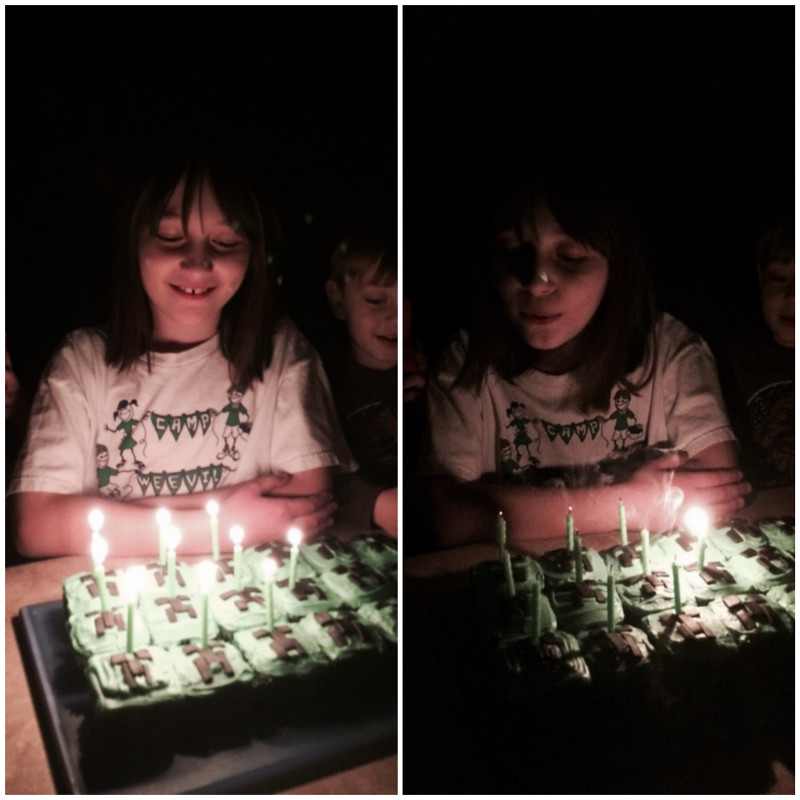 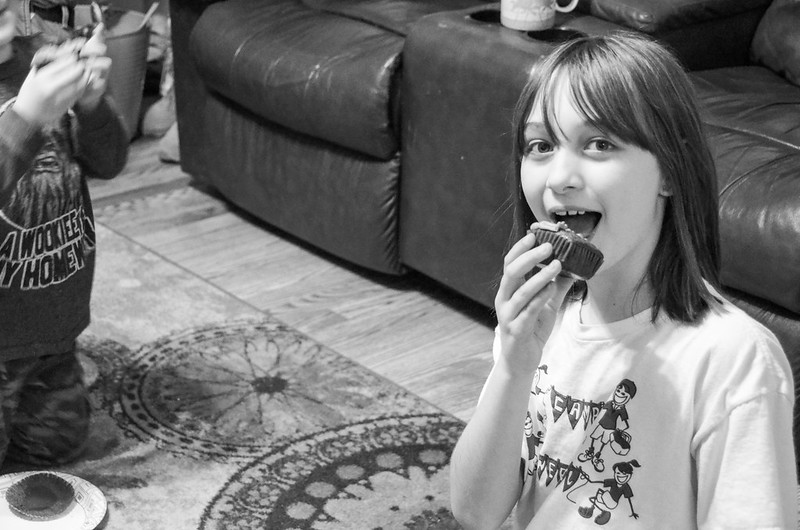 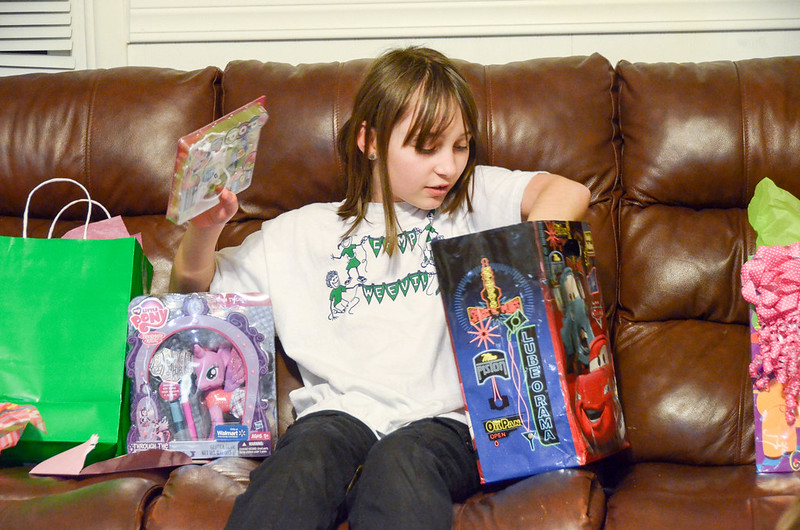 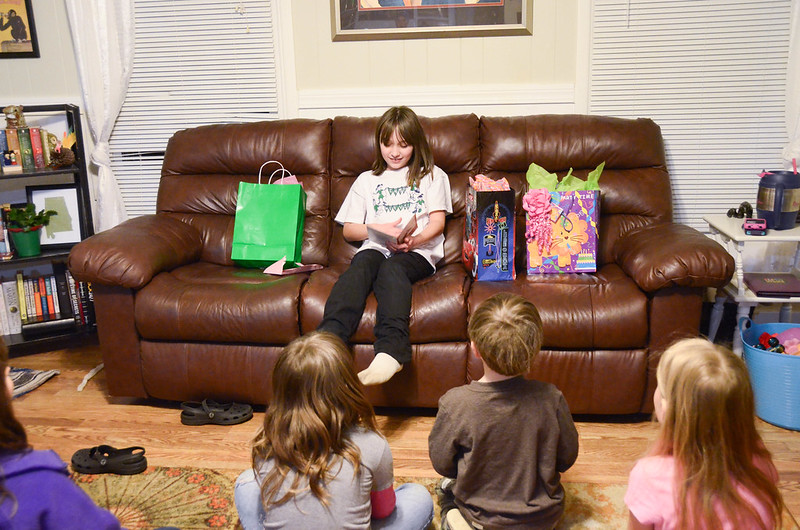 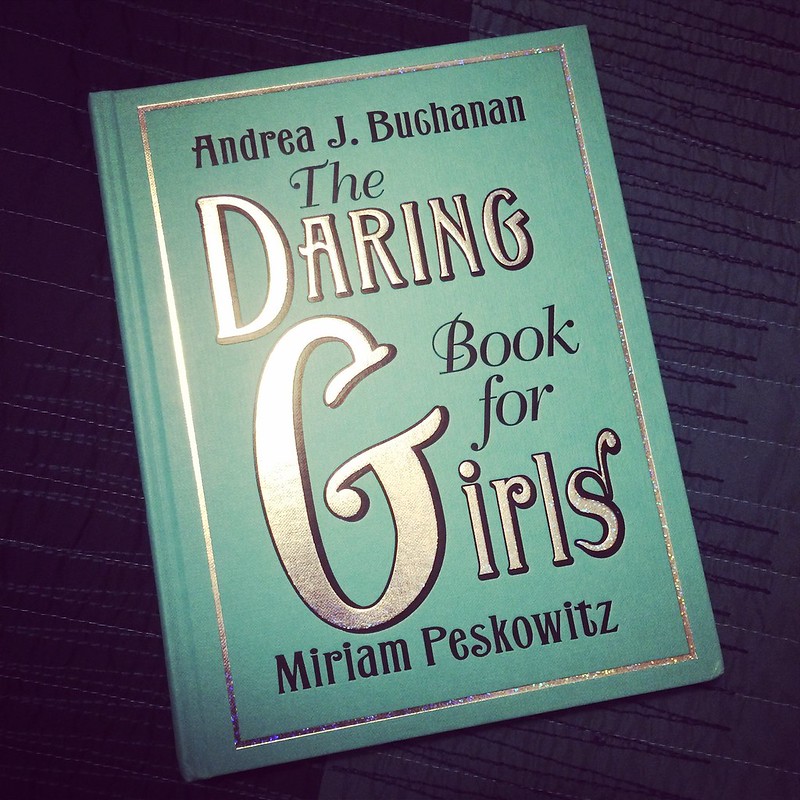 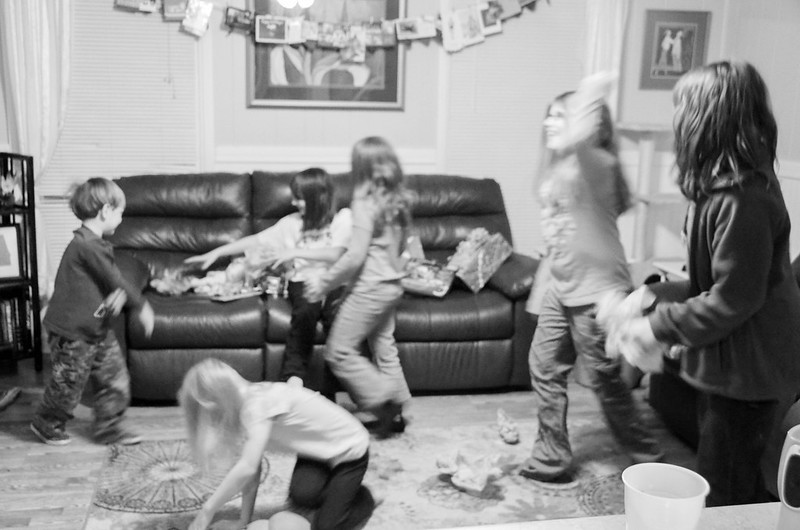 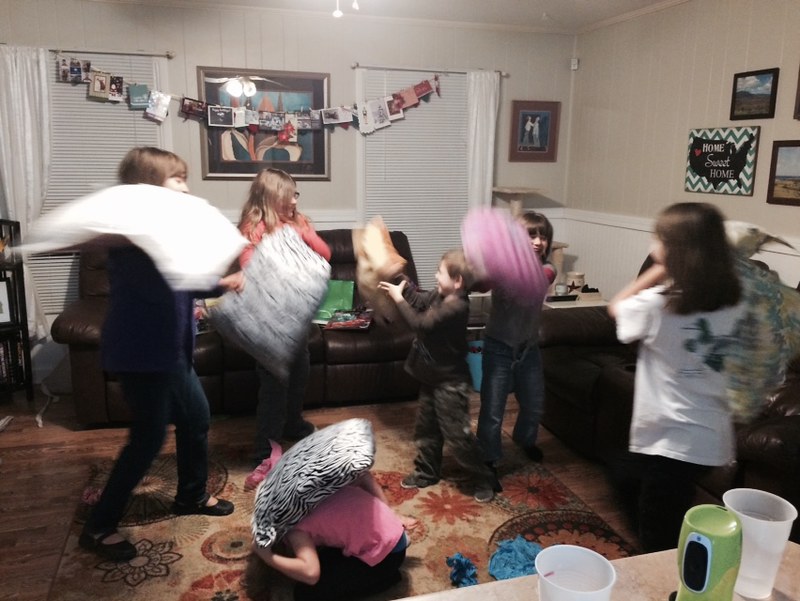 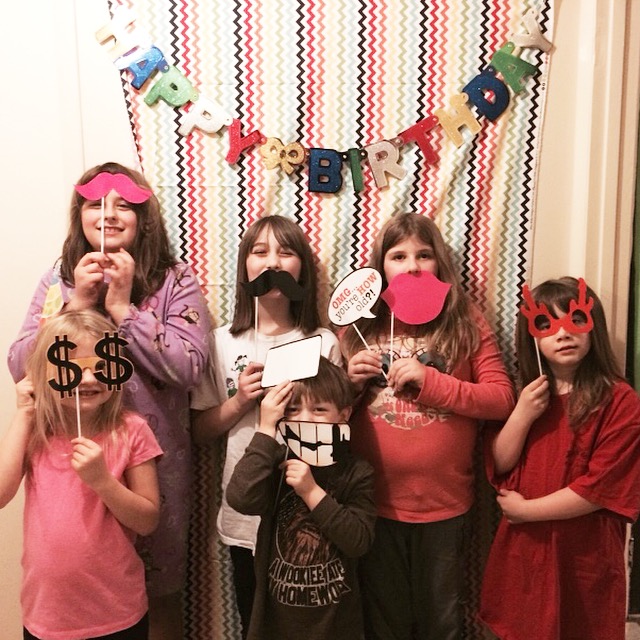 The next morning…making Pokemon on the ipod 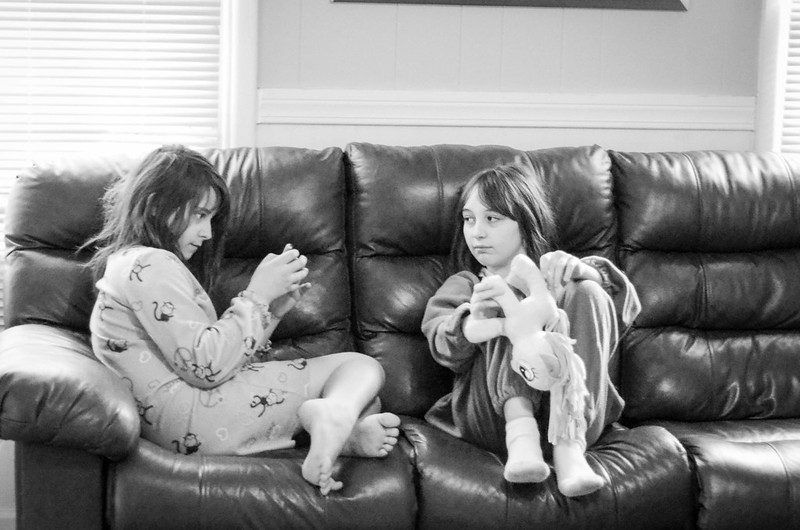 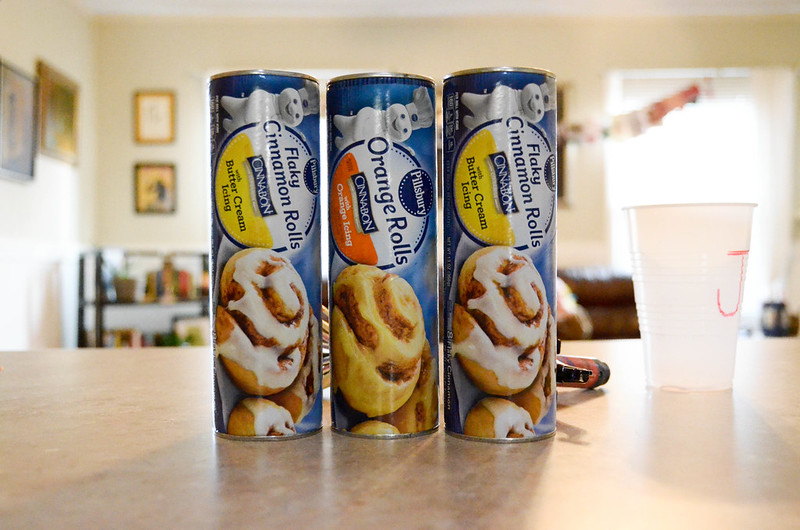 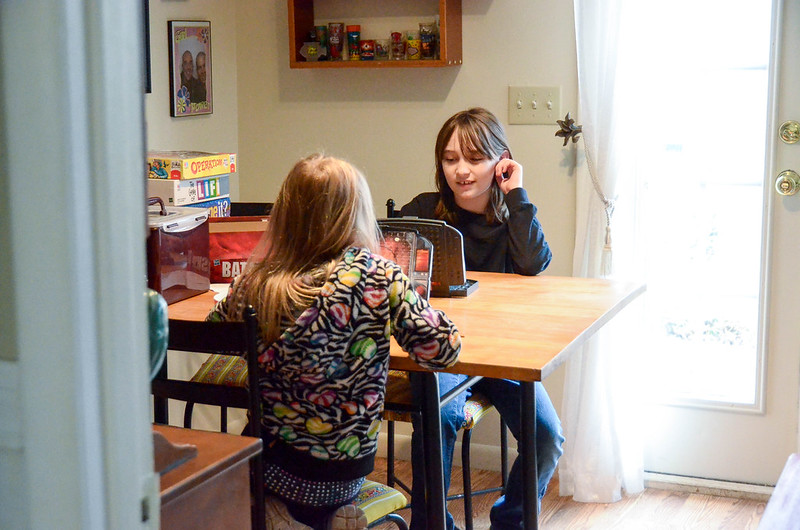 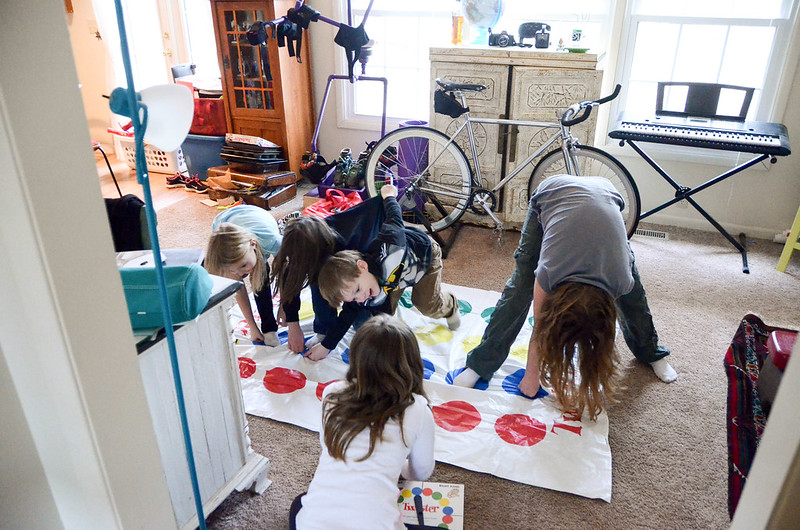 So now she’s 10. Birthday weekend behind us and her actual birthday today. I’m staying home from derby practice tonight to spend it with her. I think she might be planning on a trip for ice cream after school but it’s super cold outside so maybe I can talk her out of that one!

Now, onto the boy’s party next weekend. Thankfully that one wont be at our house!